If you’ve picked up the April issue of Elle Decor, you would have seen the stunning makeover Antonio Martins created for the San Francisco Decorator Showcase. A bedroom that once was outdated and overwhelmed with bad, floral wallpaper, get’s an amazing facelift. Just take a look at the before! While I love a good before and after, I especially enjoy reading the inspiration and thought behind the look that was created.

Enter Antonio Martins and his Portuguese and Brazilian roots. He used an antique, Portuguese bed that carried his family crest as the starting off point for the entire bedroom. Family. Crest. How do I get one of those?! As a continuation of paying homage to his roots, Martins wanted to recreate Portuguese azulejos on the wall, but with a modern twist. From photographs taken at the museum, Martins had painters recreate these designs on extra-large tiles and better yet, the tiles weren’t placed to create the image, but rather deconstructed for a modern look. I can just imagine how much something like this must cost, but recreating this concept for a smaller space, like a powder-room, could be feasible. Right?! Pretty amazing! His whole intention with this space? To give traditional elements a 21st century spin. Mission accomplished! 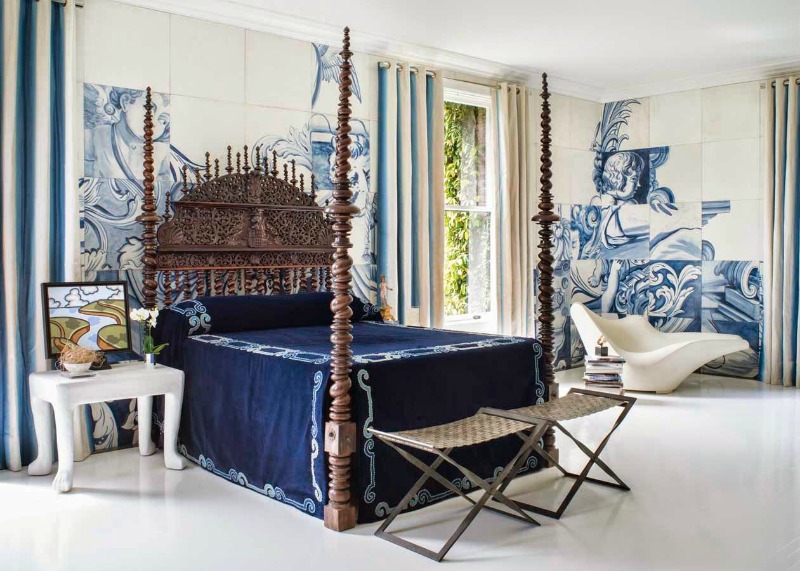 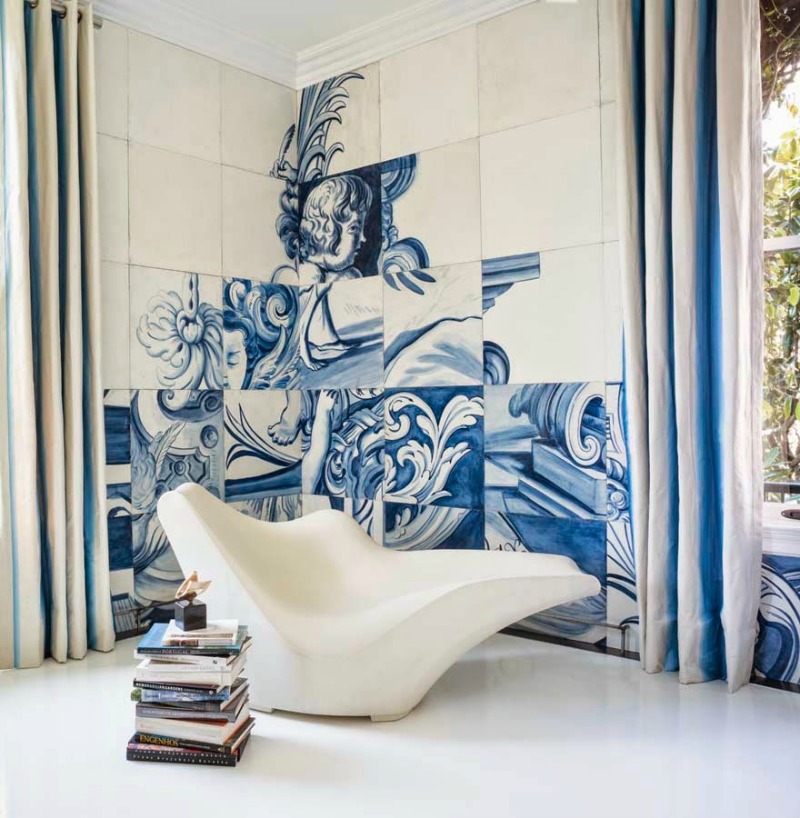 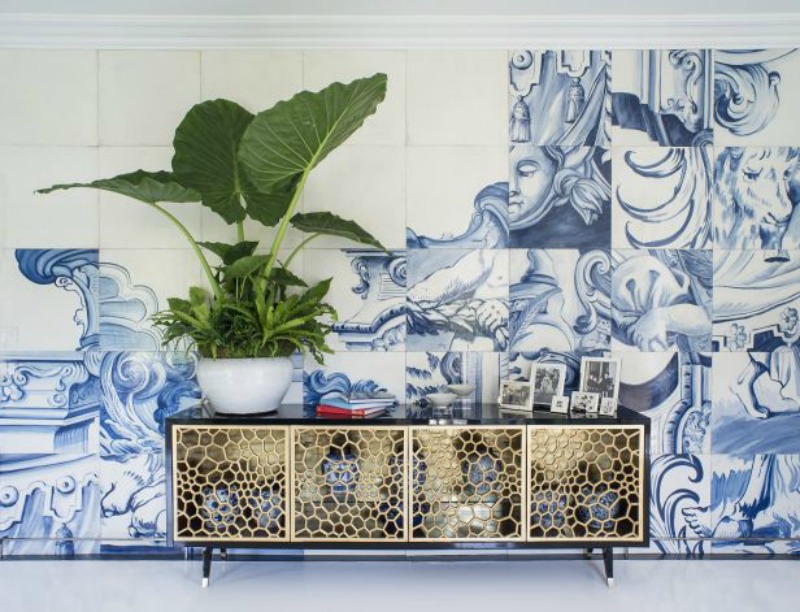 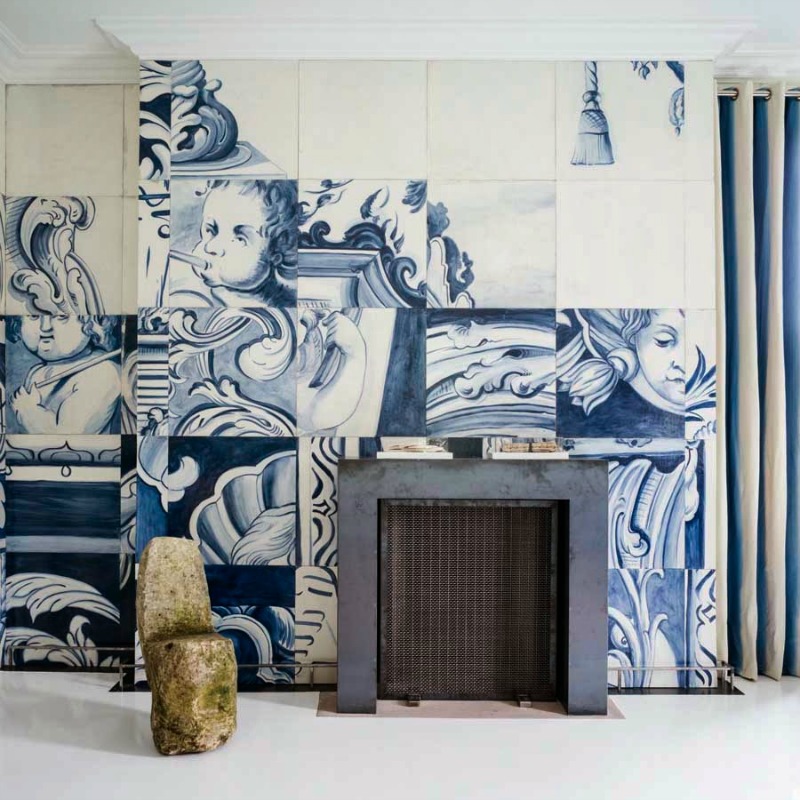 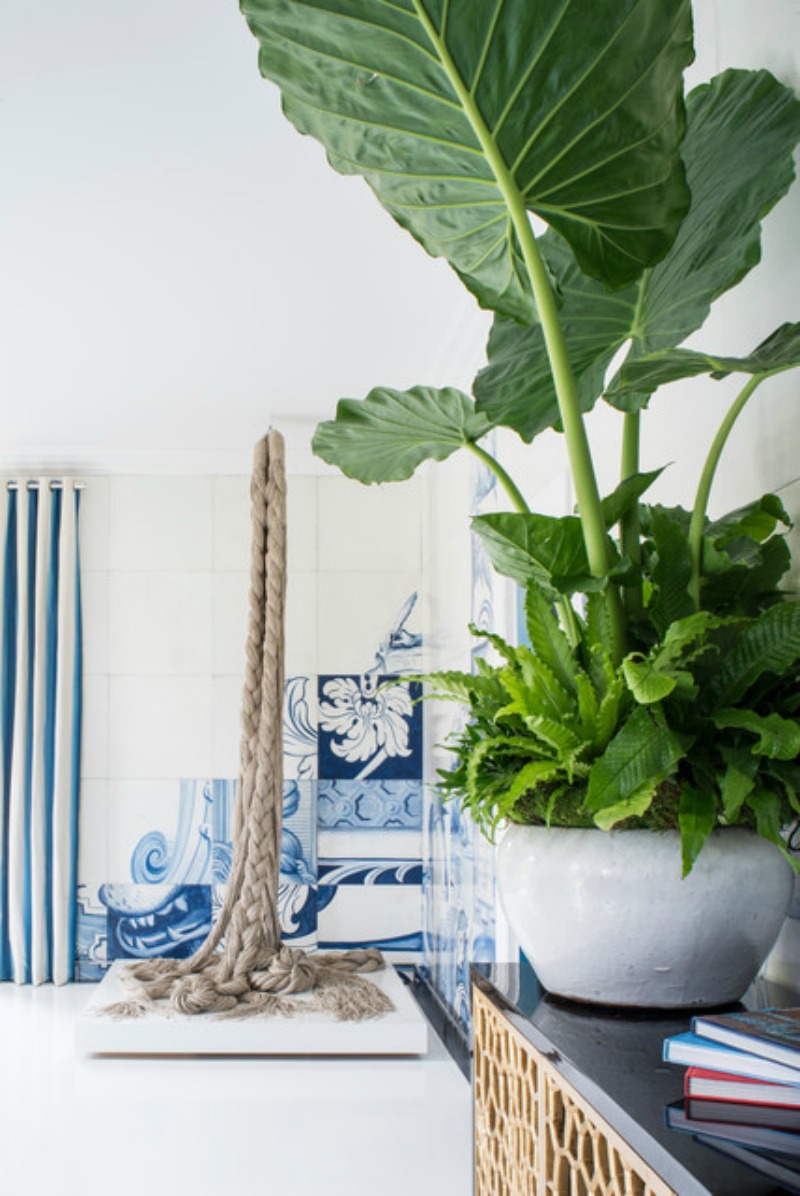 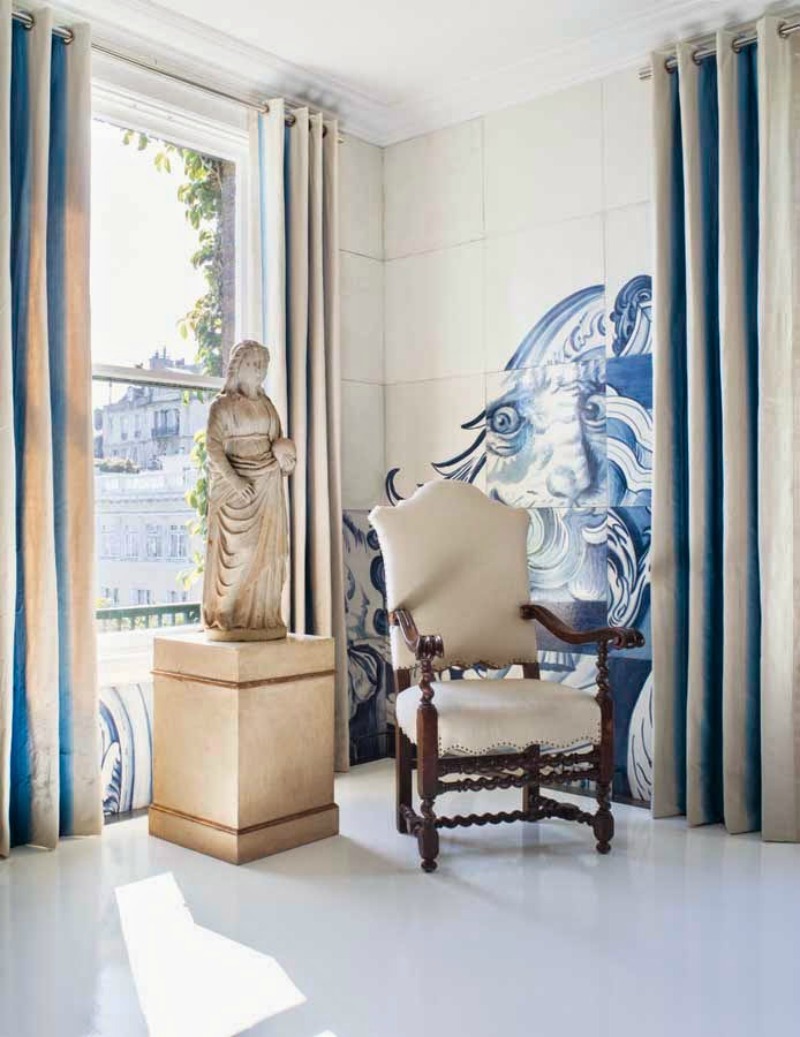 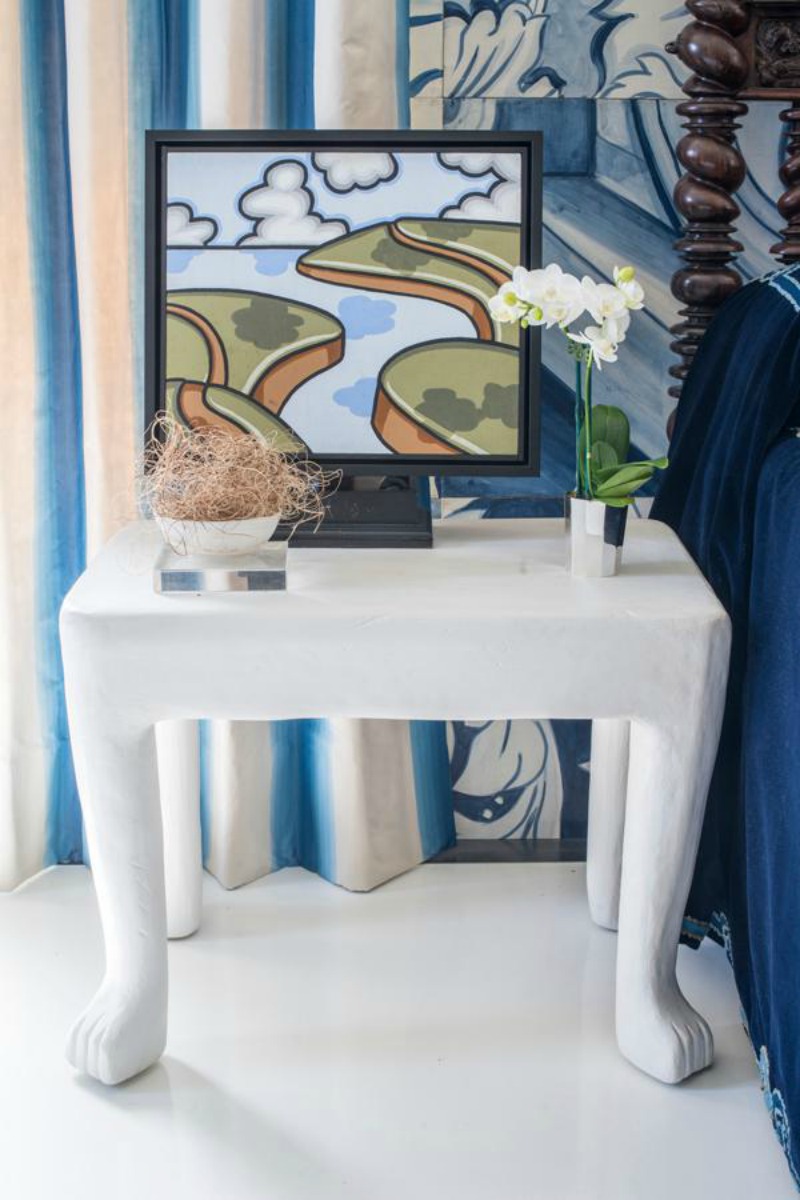 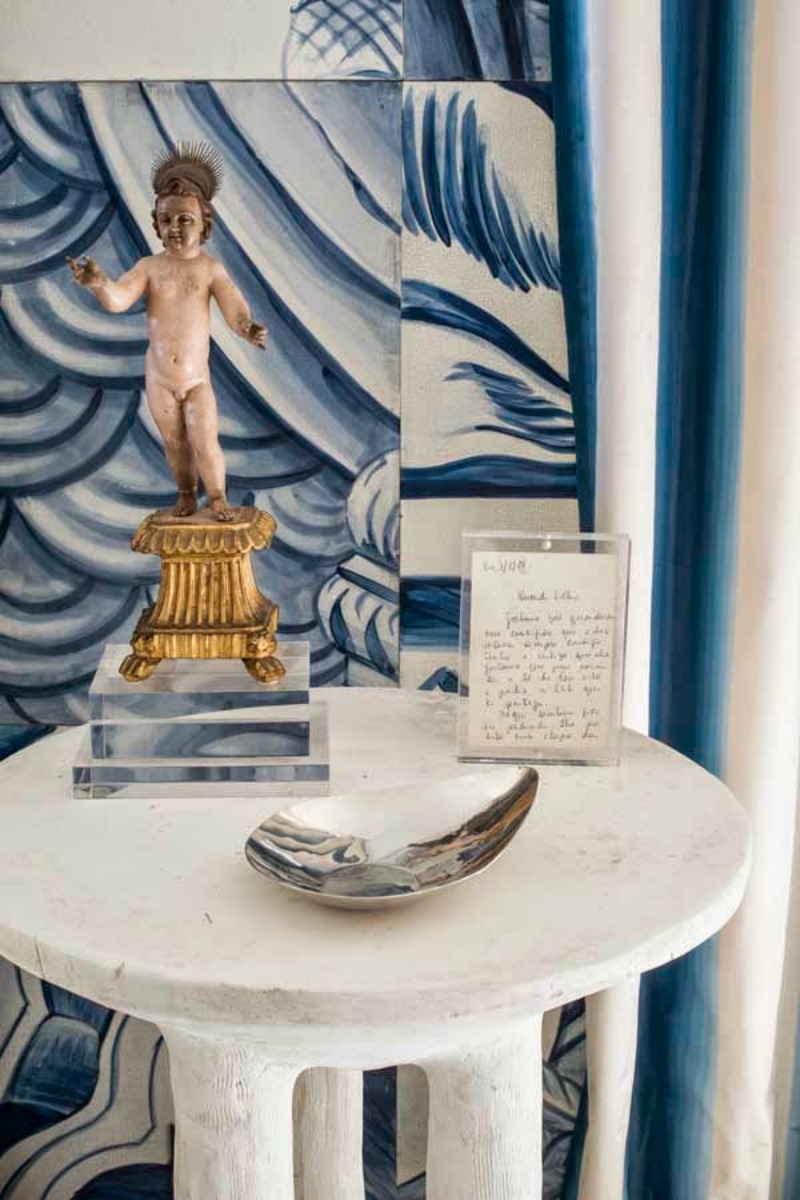