Rising before the sun, Petar and I lay in bed, unable to sleep and waited for some indication that the morning was near. It was only 3:30 am. So we snacked on a stash of Oreos I brought over and played Who Wants to be a Millionaire on our new Ipad– talk about addicting, on both accounts. The sound of seagulls added to the confusion; I almost forgot that I was in a cosmopolitan capital city.

{ The view of the Ayasofya at dawn }

We survived the next couple of hours and made it to the rooftop for a traditional array of Turkish breakfast: eggs, with yolks the color of the sun, a variety of cheese, fresh tomatoes and cucumbers, salads with eggplant and yogurt. The view, the food, the breeze- trifecta! 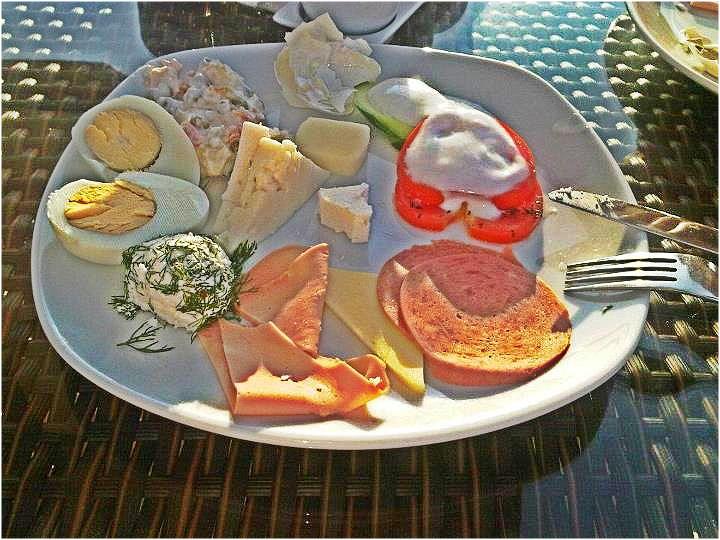 Our first stop was to the Ayasofya, the closest of the main historical attractions.  A bit of history for you: the Ayasofya was built around 532 b.c. and was considered the epitome of Byzantine architecture. It sat as the Greek patriarchal cathedral of Constantinople and was later converted to a Roman Catholic cathedral under the Latin Empire, a mosque under the Ottomans and finally a museum in 1935. Considered to once be the largest cathedral in the world, it now attracts tourists from all religious backgrounds. Did you get all that?! Our tour was completely independent with some assistance of an audio guide; it was a great way to take in the beauty on our own time. You can clearly see the transition of the structure over the centuries; it seemed as if the whole world collided under this one dome. 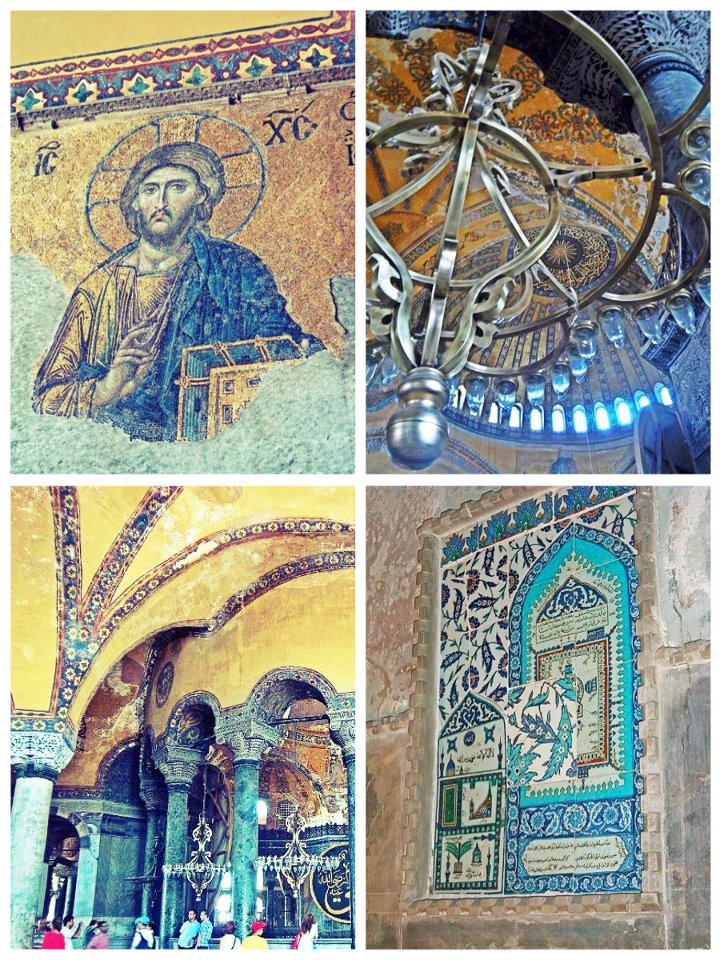 { Details inside the Ayasofya }

Next, was the Basilica Cistern, directly across the street from the Ayasofya.  After heading down two flights of stairs we found ourselves in a damp and dimly lit room. The cistern once supplied the Ottoman Empire and the Topkapi palace (which we visit on Day 3), and was used as the city’s main water supply. I was surprised to see fish swimming in what was left of the water. Besides being a beautiful and somewhat hauntly sight, most tourists come and visit the cistern to see the two Medusa heads used as columns. As legend goes, anyone who would look directly into Medusa’s eyes would turn to stone. I avoided eye contact, for good measure. 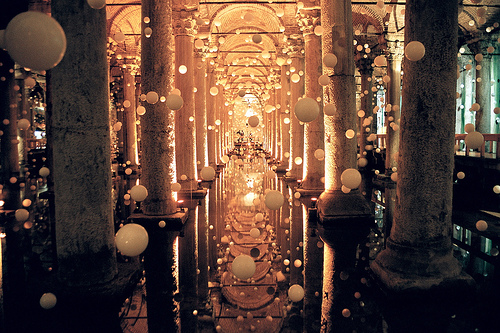 { The Basilica Cistern: All Things Europe } 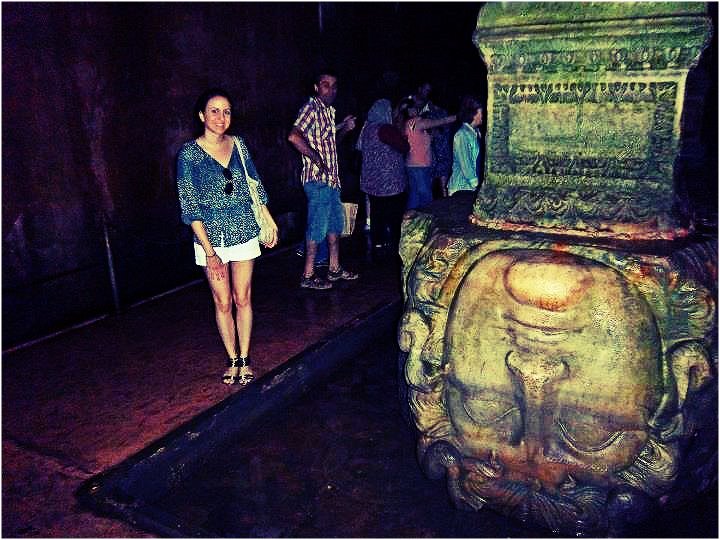 { Medusa’s Head- fortunately no one turned into stone that day }

Our internal clock at this point was ticking and it was time to regroup and refuel. We found a local restaurant near the Cistern, Fuego Café and Restaurant, where we were greeted by friendly and English-speaking waiters. The food here was delicious! We started off with appetizers of patlizan salata (eggplant puree) and yogurt and I ordered the Pilic Dolma, a stuffed chicken with spinach and cheese, submerged in a spicy and savory sauce I wish I knew the name of. We later learned that Fuego Restaurant, a newcomer to the Istanbul restaurant scene, was voted the #1 restaurant in the city on Tripadvisor.  Keep up the good work guys! We then met Salih, who took the time to sit down with us and tell us about his beloved city. Salih recently launched a tour company, My Local Guide Istanbul, where he explores uncaptured parts of the city by foot. His aim is to show the true colors of Turkey, whether through food and nightlife or historical facts that often times get overlooked.

{ Kebab on the left, Chicken on the right: our delicious meals }

We continued to walk around, exploring and observing the local “buzz” the city seems to have. I now understand the meaning of “organized-chaos”. Overall, a successful second day- filled with great food, tons of walking and a few history lessons. Stay tuned for Day 3…